Today we commemorate the death of the man sometimes known as the ‘French Newton’ – Pierre-Simon Laplace (23 Mar 1749 – 5 Mar 1827).  Laplace was a bit of a super-scientist, excelling in mathematics, physics, statistics and astronomy.

Among other things, Laplace performed fundamental mathematical analyses of the solar system, studied the thermochemical effects of combustion, and did groundbreaking work in mathematical calculus and the solution of linear partial differential equations.

In addition to all his other achievements, Laplace built upon earlier work by English scientist Thomas Young, to explain surface tension in liquids (essentially it’s ability to resist an external force) in terms of the attraction between the molecules in the liquid (known as cohesion). This cohesive force existing in a liquid results in some very interesting natural phenomena, such as enabling a needle to float on water. Some insects use surface tension to allow them to walk on water. 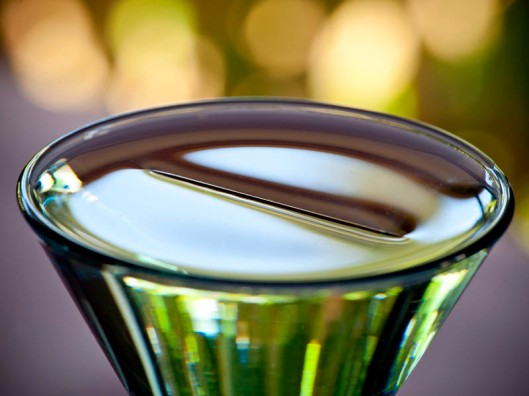 The phenomemon of surface tension can make the seemingly impossible possible, such as allowing a needle to stay afloat on the surface of normal tap water.
(© All Rights Reserved)

Laplace also used inter-molecular attraction to developed the theory of capillary action, where a liquid gets ‘sucked into’ a narrow tube due to a combination of cohesive forces within a liquid and adhesive forces between the molecules in the liquid and those in the containing tube.

The capillary pressure difference existing at the interface between two static fluids (e.g. water and air) can be described by a nonlinear partial differential equation, which is, fittingly, known as the Young-Laplace equation.

Despite being one of the great minds of all time, Laplace remained very aware of the limits of his own insights. As he wisely stated near the end of his life, “What we know is little, and what we are ignorant of is immense.”

3 thoughts on “Laplace and the floating needle”

The science of sorting

The rest of it